With a four-horn jazz combo and an Indian tabla, the new band brings a new interesting colour to the Egyptian music scene

“Measure 22, once again, stress more, and again; here it goes…” Tarek Raouf holds his trumpet and leads the musicians during a rehearsal. As they get on the consecutive bars, loud sounds coming from a trumpet (Tarek Raouf), trombone (Michael Louis), alto saxophone (Mohamed Labib), and tenor saxophone (Mina Nashaat) fill the room; they are accompanied by Hesham Galal on piano, Sherif Elian on double bass, and Hazem Abdel-Kader on drums.

Then comes time for a trumpet solo: Raouf’s several-minutes-long improvisation where the beat propels kaleidoscopic meanders of melody. The rehearsals are the first steps of the new formation that is going to unveil its colours in front of the Garden City Room Art Space and Café’s audience on Saturday 10 July.

Managed by Hany Bedair, Tarek Raouf’s Ensemble still searches for the name that can capture its unique edge and at the same time would be easy to pronounce by both Arabic and international audiences. This temporary name however speaks about Raouf, the main creative dynamo behind the new formation and the valuable contribution that the ensemble makes to the country’s over half-a-century-long jazz probing. It all started with Salah Ragab (1935-2008), a military commander who introduced this music genre to the local public with the Cairo Jazz Band and pioneered Egyptian jazz.

With the rich territory that jazz offers versus quite limited truthful representations of this music genre, the local scene still has a lot of room for exploration and especially of the most recent modern jazz forms. This is one of the fundamental reasons why the Tarek Raouf Ensemble deserves a warm welcome. 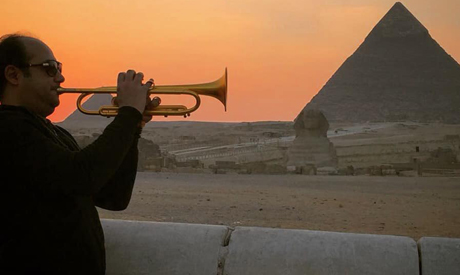 Another fact that draws the attention is its format, which is built on the four-horn jazz combo (trumpet, alto sax, tenor sax, trombone), and featuring Indian tabla (darbouka) in the rhythms section, giving the music an original scent. This line-up is not accidental; neither is Raouf’s need to stand out with the unexplored four-horn combo.

As Raouf explains, the ensemble promotes the abundance of improvisation that is specific to modern jazz, a school popularised by Miles Davis, where the performers drift away from the strictly tonal music towards often much unexpected, personalised improvisations.

The modal freedom allows the musicians to become freer and create never ending embroideries that speak of their skill and creativity with no limitations. No wonder, the upcoming concert will include a number of compositions by Woody Shaw, an American trumpeter who is credited for revolutionising the technical and harmonic language of the modern jazz trumpet. 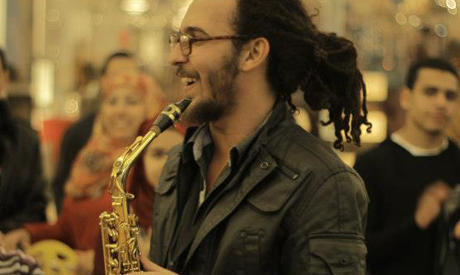 In the Egyptian jazz scene, this recipe seems very interesting, especially if we realize the fact that instrumental formations are a rarity in themselves. The local musicians incorporating jazz into their line-up often capitalise on fusions between Latin, Cuban, or Brazilian jazz and Arabic tunes topped with a vocal line to attract listeners.

The Tarek Raouf Ensemble takes the matter into an interesting direction with the first concert being just a first step in numerous plans. He starts with a purely instrumental format yet in the future, Raouf plans to add a vocal line which would serve as a ‘recitative’ rather than a melodic component.

“It will be more of a recitation of a text especially written for the composition. One of the texts I’m thinking about is honouring the martyrs of the 25 January 2011 Revolution. I might also look into some poetry that would be recited to the band’s music,” Raouf explains to Ahram Online, adding that with time, the ensemble will perform more original compositions. Presenting the ensemble, Raouf keeps talking very passionately. This allure reflects Raouf’s interest in jazz, which is but an extension to his classical education. A long-time member of the Cairo Symphony Orchestra’s brass section, he enjoys breaking the academic walls and stretching the limits.

In our conversation, he keeps mentioning numerous names who contributed to his development as a musician. He talks fondly of the Egyptian trumpeter and academic Madgy Boghdady (founder of the Boghdady Jazz Band) who has helped him understand the pillars of playing in an ensemble, such as listening to one another in order to build the whole creatively valuable output.

Raouf’s experience also includes the Wave Jazz Band, as well as the Cairo Symphony Brass Ensemble, which has given a number of concerts. His arrangements of known jazz repertoires for numerous formations have been performed on many occasions. It only makes sense that Raouf’s entire creative journey is now poured into the new ensemble which, as he underscores, he builds together with “the finest musicians in the country” and remains thankful for their commitment and dedication. 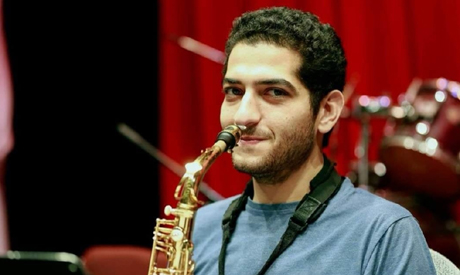 And indeed, a short visit to the rehearsal unveils the professionals who, while working on a given composition, take care of minute embroideries. It is this distinctive musicality, technical and cognitive skill that allow the ensemble to tackle numerous challenging segments, including many improvisations that invite the listeners onto the unchartered grounds of ‘Oriental Egyptian Jazz’.

In the rehearsal room, Raouf pays close attention to the details, carefully choosing crescendos, diminuendos, and other dynamics and musical phrasings. Together with Michael Louis (trombone), Raouf focuses on the ensemble’s articulation and the textures he is searching for in music while leaving space for individuality of each performer. It doesn’t take a long time to notice that through the personalised choices of Raouf or the other band members, the ensemble’s unique edge starts surfacing. “I learnt those details from the conservatory and through performing within the Cairo Symphony Orchestra. They all fed my personal language, which now moves beyond the borders of what we have studied. Jazz is the best ground to experiment where all the musical expressions play an important role in the output’s quality and potential success,” Raouf comments.

With the quality presented, the unique edge, and a lot of passion, the Tarek Raouf Ensemble is yet to make its big entry into Egypt’s jazz arena. As Raouf explains, the choice of Room Art Space at Garden City for the band’s launch is a well thought out decision. The space is rather small and intimate, attracting a particular audience of music aficionados, people who might be interested in this new musical offering.

The ensemble has already laid plans for further concerts in other locations across Cairo, hoping also to join festivals such as the Cairo Jazz Festival, Jazz Tales Festival, and maybe soon they will also embark onto international waters.