News of David Hales passing at the age of 63 sent shock waves through the ranks of Egyptian classical musicians. Though more likely to be recognized by his serious face, grey hair and beard than his name, the British pianist who shied away from the limelight had been a pillar of the classical music scene for decades. He worked with, mentored and influenced generations of Egyptian artists.

Born in 1957 and a graduate of Durham University and the Guildhall School of Music and Drama in London, Hales came to Cairo in 1980, working as an accompanist, repetiteur and teacher at the Cairo Conservatoire and the Cairo Opera House. From then on, he worked with almost every figure and at every institution in classical music, including John Baboukis and Neveen Allouba at the American University in Cairo and the AUC-managed Cairo Choral Society.

And his contribution was so crucial that, 40 years later, as director of the AUC Music Programme, Baboukis refers to Hales as “a legend of Egypt”. To musicians who worked with Hales, this is no exaggeration.

According to clarinetist Mohamed Hamdy, who started working with Hales on his return from Germany in 1987, “David was extremely knowledgeable and very supportive. To many he was like a teacher, always happy to give guidance on repertoire and support during rehearsals and concerts. He also enjoyed helping young musicians, so much so that at the conservatory he was often more beneficial to the students than their own teachers. He was always there for them, even when he was ill. It was practically impossible to stop David from working and helping the others.” 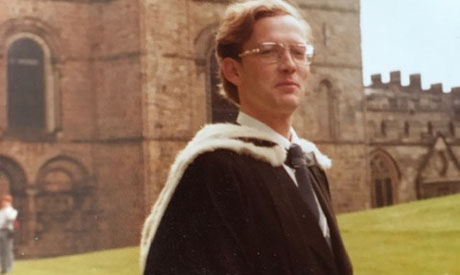 Hamdy sounds emotional. “There is a whole chunk of repertoire that will never be performed again, at least not in the same way, now that David is no longer on the piano.” He lists Max Reger and Franz Schubert, both of whom wrote sonatas, as well as Francis Poulenc and Dmitri Shostakovich, all of whom he loved to perform with Hales. “David had very strong opinions about music but he would always welcome discussion. We had endless quarrels over the Brahms’s Clarinet Sonata no. 1. I like to play the third movement slowly, while David liked it faster. And guess what, he kept winning. He had the ability to convince a musician. I can’t imagine playing with anyone else.”

Violinist Hassan Sharara, who was among the first to work with Hales on the latter’s arrival, and frequently sought his advice and cooperation, expressed similar sentiments: “We will have to find a new accompanist and adapt as he begins to grow with us. He really understood musicians. He could perform a concert with me after one or two rehearsals on a day’s notice. His knowledge, which extended to music history and biography, also helped with programming.”

Although a pianist, Hales also played violin and knew how to teach it, so he helped Sharara with his violin classes at the Cairo Conservatory. “I must confess that if I didn’t feel well, I would leave my students to him. I had complete confidence in his knowledge and abilities.”

Likewise Baboukis, who trusted Hales with singers of the Cairo Choral Society: “On some occasions I would split the singers and ask David to take care of one group, and when I was sick he took care of the whole rehearsal.”

Baboukis was always interested in Hales’ insights. “I worked with David every Tuesday. After the rehearsal we’d go for a drink and talk about what was going on. He had such expert knowledge of so many things; he had a critical ear and was never afraid to tell the truth. He was also never jealous and would always give credit where it was due. It was his choice not to draw attention to himself, but everyone in the profession knew what he stood for. He was also very lovable and kind, very straightforward and honest in his opinions.” On Hales’ passing Baboukis published a note in which he said, “Like the very best accompanists, David was dedicated to drawing attention away from himself, to the soloist or ensemble he was working with. He did not simply make them look better. He made them better. He was able to help others to create the very best performances of which they were capable. He was an extraordinary musician, intelligent, creative, and diligent… He set an example for many generations of young Egyptians who learned from him what it means to be a professional, and more importantly, what it means to be a good person in an extraordinarily competitive profession.”

For her part Allouba, a former member of the Cairo Opera Company with whom Hales also worked at the AUC and in her musical theatre company Fabrica, says she benefited from him coaching her students: “At the Cairo Opera David was there for everyone. He coached us and prepared us for the opera performances. He also worked as the singers’ souffleur and would spend many hours in the prompt’s box. While his presence was reassuring, that dusty box contributed to the deterioration of his health.” Hales supported Allouba directing such talents as mezzos Gala El Hadidi and Farah El Dibany and soprano Fatma Said.

“David coached many of my students,” Allouba says: voice training, musical interpretation. “He would prepare them prior to their travels to perform abroad and enter international competitions. He often travelled with them. He was crucial to their musical journey and their artistic development. As a vocal coach he was irreplaceable, whether he worked with young students or professionals.”

But he was equally crucial to instrumentalists like Mohamed Hamdy and Hassan Sharara as well as violinsts Mounir Nasr Eldin and Khaled El Showeikh and many others. 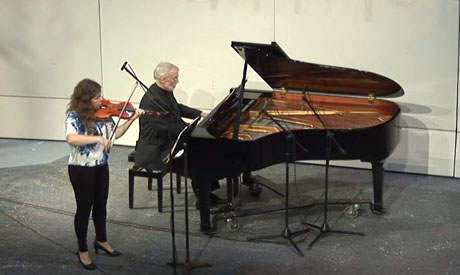 Hales’ talents were far reaching. As one of his close friends reveals, “David spoke a few languages, English, French, German, Italian, Arabic, some Russian I guess. This would make him so capable when working with singers of operas in those languages. And with his great sense of humour, he could come up with great multilingual puns.” According to Baboukis, he could also play harpsichord and organs, but he was humble and took pleasure in the success of others. “He was generous, offering to help all the time and overexerting himself,” Allouba says, recalling how colleagues would sometimes have to force him to eat.

According to the aforementioned friend, “While David worked for hours without a break, it was almost impossible to see him eat. He would say, ‘I just had a delicious cigarette’.”

Hales had been ill for a long time, and refused to go back to England for treatment.  According to Sharara, “He wanted to die and be buried here. He loved the country and its people. We also considered him Egyptian.”

As Allouba recalls, “David had his own lifestyle. When he wasn’t working he would read; television and internet were strange inventions to him. Even his cell phone was a gift from other musicians. It was as if we got it for our own benefit, since we needed to be in touch with him. He lived like a monk, disconnected but resurfacing only for music.”

It is clear that the void left by David Hales’ passing will never be filled. The Egyptian music scene is unlikely to find a replacement for the British musician who kept directing the spotlight onto others. If there is any small solace to the chapter that closed with the death of David Hales, it would be the fact that he lives on in the generations of Egyptians whose creative paths would have been different had he not met them.