When on 9 March Egypt put all cultural activities on hold, the Cairo Symphony Orchestra’s musicians were among thousands of Egyptian artists who had to suspend work.

The future of the whole cultural field, including that of the country’s oldest national orchestra, its programming and performances, fell under a question mark.

Today, three months into the cultural shutdown, some international cultural bodies including their orchestras have taken their first steps towards a resumption of activities and announcing plans for the upcoming weeks.

In mid-May, Reuters reported that “the symphony orchestra of Ukrainian radio held its first concert recording for TV, radio and online platforms.”

Italy’s Ravenna Festival will take place in the second half of June, featuring a number of concerts in which the distance between each orchestra section will be expanded. The famed La Scala Theatre will reopen in September.

From the Arab region, Tunisia announced that it plans to resume artistic activities gradually starting mid-June, allowing 30 visitors to indoor venues and 1,000 in outdoors performances, while respecting precautionary measures like obligatory face masks and social distancing.

Though such reports are still quite sporadic, there is a general tendency towards reopening, with programming being prepared accordingly. 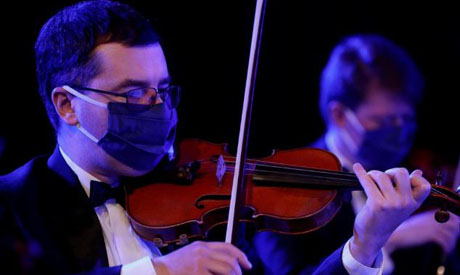 For the Cairo Symphony Orchestra, however, little is known about the near future or the procedures to be taken in coming weeks.

“Unfortunately until this moment, nothing is clear,” Ahmed El-Saedi, musical director and principal conductor of the the Cairo Symphony Orchestra revealed to Ahram Online.

He added that in recent weeks, management of the Cairo Opera House hinted at the possible formats of returning to cultural activities. Yet nothing solid has been formulated.

“I knew of some plans, including open-air concerts as a prelude to a potential return. However, we are not told when and how this would happen. One of the possible plans communicated by the Cairo Opera management reveals a few concerts to be held in July and August, while giving justice to all companies operating under the Opera’s wings,” El-Saedi said.

El-Saedi argues that with such a number of companies, it might be very hard for each to stage more than one performance during the summer weeks. Though this procedure can create a sense of dynamism for audiences, the musicians’ artistic or financial gains from such a format remain meagre.

On a creative level, one concert in weeks or months is hardly satisfying for any musician. As for the financial aspect, even if the musicians employed at the Cairo Opera get basic monthly salaries, the amount is well below sufficient to support their households.

El-Saedi clarified that the Cairo Symphony Orchestra consist of 100 musicians, 75 percent of them Egyptians.

“All of them depend on extra bonuses they receive for each concert, additional performances in which they take part throughout the season, as well as work outside the Opera. Naturally, all the extras have been suspended now, and without this income, their lives are shattered,” El-Saedi explained. Putting this in mind, should the Opera opt for one open-air performance during the summer, this would not solve the major financial problems that the musicians face. “We also heard about a possible online concert. But again, nothing has been clarified until now,” El-Saedi added.

With very little known, and plans that seem very vague, El-Saedi is unable to plan a repertoire or programming for the next season, which kicks off in September 2020.

“We had a very rich programme for this season, which since January 2020 focused on Beethoven as part of international celebrations of the composer’s 250th birth anniversary.”

The celebratory year included many interesting works: five piano concerti, nine symphonies, the oratorio Christ on the Mount of Olives, while Fidelio, for which El-Saedi was bringing an international cast, including expatriate Egyptians, would have been an Egyptian premiere.

“We have finished the concerti, performed alongside other composers fused into the programming. We also performed Symphonies No 1 and 2. The decision to suspend all activities came when we were in the first rehearsal for Eroica (Beethoven’s Symphony No 3),” El-Saedi recalled.

It was 9 March when Prime Minister Mostafa Madbouly decided to put off large gatherings until further notice, as part of precautionary measures the government adopted to stem the spread of coronavirus.

“The celebrations will end with Missa solemnis in D major (A Solemn Mass), planned for 16 December, the day Beethoven was born. I still hope we can catch up on all Beethoven-related repertoire once we are back to activities,” El-Saedi said, adding that he hopes that September will bring clarity to the situation, as well as some work opportunities for his musicians. 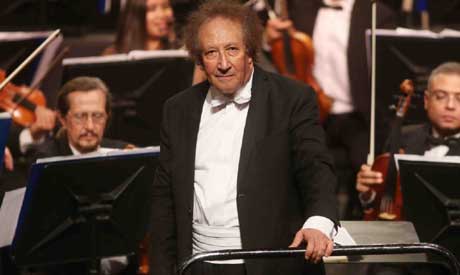 The Cairo Symphony Orchestra was founded in 1959 by its first music director and conductor, Franz Litschauer.

The Khedivial Opera House served as its first home. Upon the old opera’s destruction in 1971, the orchestra moved — along with other companies operating under the Cairo Opera House — to El-Gomhoreya Theatre.

In the 1970s and 1980s, the Cairo Symphony Orchestra included mainly foreign musicians and only a few of the best fresh graduates of the Cairo Conservatory (which opened only in 1959).

In 1988, the orchestra moved to the newly built Cairo Opera House.

Over the past half-century, the Cairo Symphony Orchestra has performed at a multitude of venues in Egypt and abroad. Numerous principal conductors and hundreds of world-renowned soloists have performed with the orchestra.