With the difficult financial situation faced by artists being an urgent topic, Abdel-Dayem discusses solutions and redraws the map of upcoming cultural activities

In an exclusive interview with Ahram Online, Egypt’s culture minister Ines Abdel-Dayem discussed the current situation of Egypt’s cultural scene which remains on standstill since the 9 March announcement of Prime Minister Mostafa Madbouly putting off all large gatherings.

By the middle of the fourth month of the general cultural shutdown, thousands of Egyptian artists are finding it difficult to make ends meet as their income is closely linked to popular attendance of cultural events and the dynamism of the scene in general. “The situation is extremely difficult for everyone, artists, technical crews, the whole cultural infrastructure,” Ines Abdel-Dayem comments to Ahram Online.

She continues: “Though some artists are on the payrolls of cultural institutions and have their basic salaries secured, we all know that they cannot depend on them only. They generate numerous extras each month, whether inside their institutions or outside them, and this income is completely frozen now. On the other hand, there are thousands more who do not even have basic salaries and operate in a completely independent manner.” Abdel-Dayem went on to underscore that the ministry is making great efforts to open work opportunities for artists.

She pointed to the ‘Culture Between Your Hands’ online initiative launched in March on YouTube with the aim of bringing cultural activities to audiences at home. “On the one hand the initiative brought arts to people’s homes and has created much needed documentation of the cultural wealth that Egypt has in its reservoir. On the other hand, in recent weeks, the same online channel began creating work opportunities for artists.” Abdel-Dayem referenced projects such as ‘Laugh, Think, Know,’ a new series of plays inspired by short stories penned by famed Russian playwright Anton Chekhov and posted on YouTube.

“Such initiatives help a lot of artists, not only actors, but also the whole technical team that is behind those productions and video recordings. They all receive compensation.”

“We will initiate more opportunities for a variety of art fields, including musical performances and literary forums, in the coming weeks,” Abdel-Dayem assured. Meanwhile, Abdel-Dayem is also preparing to launch open-air venues, which operations will largely depend on the government’s decisions related to the potential gradual reopening of cultural activities. Unable to provide any specific dates, Abdel-Dayem revealed that she wants to be ready with open-air stages as soon as possible.

“We are working on three open-air stages at the Cairo Opera grounds. One will be in front of the Hanager Theatre, one in the large open area near the fountain and entry to the Opera’s Small Hall, in addition to enlarging of the already existing open air-theatre inside the Opera building. They will serve for music and theatre performances. I expect the stages to be operational in the first week of July.”

The open-air theatres can operate on two levels: they can serve as venues for live-streamed or pre-recorded performances without an audience, or can welcome audiences who in number will be reduced at least in the first weeks of operations, all depending on directives from the cabinet. 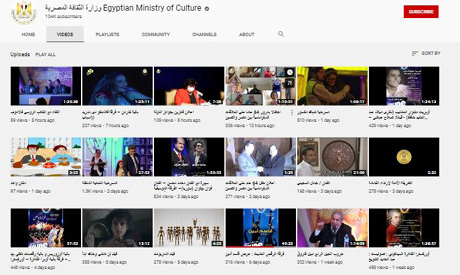 Culture Ministry’s YouTube channel “At this stage the most important task for me is to continue with activities and open up opportunities for all artists, whether on the ministry’s payrolls or independent. It is hard to talk in parameters of a new season; we need to erase this concept from our minds, at least for the time being. What we should do is to keep the activities going. The season is ongoing. On the other hand, we need to bring some valuable and not necessarily heavy repertoire to the public. People are exhausted and we need to lift their spirits. This is where so many interesting artists from a variety of fields can step in, whether those linked to the ministry or independent,” Abdel-Dayem said, giving the example of the Summer Festival which each year hosted scores of Opera artists as well as independent musicians.

She also added that there is a whole repertoire of Egypt’s theatre and music that has not been documented well.  “We might re-stage and film those performances. We have some older videos, but usually they were not shot with a purpose for online screening.”

And while the audience will gain access to well presented material, artists will continue working.

Among the annual activities organised by the culture ministry is the Citadel Festival for Music and Singing taking place in July and August. Since its launch in 1989, the highly popular festival brought crowds to open-air venues located at the historic Salah El-Din Citadel area, presenting several performances per evening while providing a stage for hundreds of musicians. “This year, the festival’s 29th edition will not take place,” Abdel-Dayem said without hesitating.

She takes a moment and continues with clarification: “It is very hard to hold this festival and assure health safety of the attendees. The festival is an audience magnet; many generations attend it, children run between the seats or simply join their families gathered on the lawn while listening to music or just chatting. While this unique atmosphere is part of the festival’s success, the very same spirit makes it impossible to impose physical distancing or assure that all precautionary measures are respected.”

The situation is also challenging for other festivals scheduled to take place in the coming weeks or months, such as the Cairo International Festival for Experimental Theatre, planned for the first days of September, but whose destiny is not clear, Abdel-Dayem revealed. She commented that her strategy with any festival is to establish a Plan A, B, and C. “We might have an option of holding the festival as is (especially those with dates further in the future), or we can modify it and shift to an online format.

The third option is postponement.” Abdel-Dayem pointed out that, “Some festivals lose their charm, purpose or strength when moved online. Hence we might think about modifying some, while postponing others. We might also need to reassess the festivals’ agenda and their distribution throughout the year,” pointing to the international scene in which many events opted to reschedule or at least modify their plans. 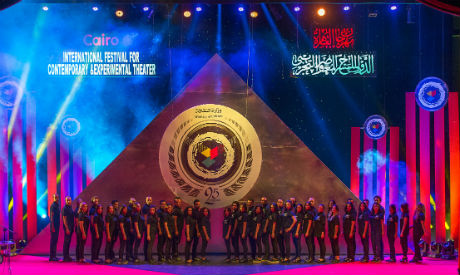 Abdel-Dayem is already considering moving the International Festival for University Theatre, headed by Khaled Galal, Egyptian theatre director and head of the Cultural Production Affairs Sector, online. The preliminary preparations for this festival took place at the end of 2019, but the launch was delayed and then interrupted by the pandemic.

However, when discussing upcoming plans, Abdel-Dayem reiterates that holding events online or in open-air theatres (and with reduced audiences) tops her priorities as this would help artists generate income. She avoided stressing terms such as ‘festival’ or ‘season’, so as not to create boundaries that might conflict with the concept of an ongoing flow of events, or might be interrupted should the pandemic situation suddenly worsen.

“In the difficult months we are in, it is important that we remain positive and cooperate. Let’s forget about boxes, old habits and bureaucracy. We need to adapt ourselves to the circumstances and do whatever is needed for the activities to see the light.”  Abdel-Dayem explained that this is not the time to insist on a specific number of performances, whether in theatre or music, but rather to focus on how to fuse cultural dynamism into the present reality.

As such, she might, for instance, challenge troupes used to staging one production dozens of times, or with a certain degree of grandiosity. She also points to the audience, saying “we cannot guarantee attendance for all those nights or all formats we are used to. Even if we return to activities in open-air venues and assure all precautionary measures, it is expected that in the first weeks the audience might be very hesitant in attending anything. We have to be realistic, monitor the situation and act accordingly. We have a budget we can utilise, but I also need to distribute it wisely. To me, it is important that we continue working and hopefully expanding activities as much as the general situation of the pandemic allows.”

With open-air theatres about to launch, Abdel-Dayem wants to make sure that all operations are put in place in Cairo before moving to other governorates. She clarifies that the Mohamed Abdelwahab Theatre in Alexandria, which was renovated and reopened in September 2018, is another location that the ministry is eyeing for potential open-air events.

“The ministry’s team needs to thoroughly check on the venue. Let me finish with Cairo, and Alexandria will follow straight away.”  Other governorates will have to wait for the time being. “I am sure that once we kick off with open-air venues, the wheel will start turning better. We will see a flow of new ideas and hopefully more opportunities opening up for artists,” Abdel-Dayem concluded.