With the fourth month with no income, Egypt’s independent musicians, DJ’s, technicians, sound engineers and thousand of others in the music field suffocate with no hope in sight

Trapped in a mire since 9 March when Culture Ministry suspended all cultural activities (following Prime Minister Mostafa Madbouly’s decision to put off large gatherings until further notice), Egyptian musicians and the country’s entire music infrastructure are at the verge of financial and psychological collapse.

Musicians, DJs, and technicians are failing to make ends meet, hundreds are indebted, and many are being forced to change careers. Cultural institutions and music studios are also suffering great losses, some closing their doors indefinitely and in silence.

“My field is mostly independent musicians; for over three months now we have been without income. What makes the situation even worse is that we have no idea what to expect, what to do, when this will end,” she says, adding that it is impossible to make plans since the future is not known.

“How can we afford any project? What are the prospects of its success? It’s depressing,” she says.

Among the rare platforms for musicians are the ongoing WE Online Music Festival, some appearances on CBC and other channels, in addition to sporadic events featuring pop stars. Abutaleb’s popularity has allowed her to perform as a guest artist with Mohamed Mounir at the WE festival.

“Such events are a one-time opportunity given to selected musicians. In normal times, we perform frequently and across many venues. And let’s not forget that not all online events are financially beneficial,” Abutaleb clarifies.

In the case of the WE festival, the concerts span two-months and feature the best-known musicians, who, as Nouran underscores, perform once. It is hard not to notice that this formula serves corporations more than it helps musicians, while leaving 99 percent of the field stranded. 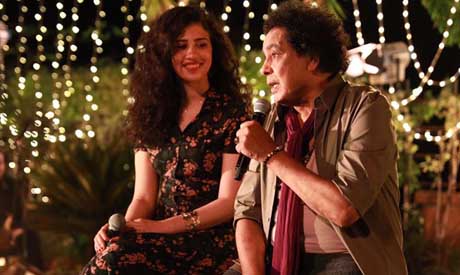 “I think more corporations can step in, just as they do during regular concerts. Somehow this is not happening,” Abutaleb said.

She looks for solutions such as benefits that can be drawn from the content posted on YouTube channels, “however, the financial gain, if any, goes to those who have a large number of subscribers. So again we are talking about a small margin of musicians. Another resource could be grants offered by institutions such as AFAC, Mawred, etc. But how many will be lucky enough to receive it?” she wonders.

Abutaleb is among the more fortunate musicians whose short yet bright career give them the potential of opening a few doors. This is definitely not the case with thousands of instrumentalists whose main income comes from performing in orchestras or bands, all of which have frozen their activities.

On payroll and independent

To Ahmed Hassan, a violinist employed at the Cairo Opera’s National Arab Music Ensemble, the basic salary is far from sufficient.

“We get bonuses for three concerts performed throughout the month. Even though they double the salary, it is still not enough for monthly needs, so we have to perform with known singers and formations, in recordings,” he said, revealing that his main income comes from independent opportunities.

Earlier this week, Egypt’s Culture Minister Ines Abdel-Dayem revealed to Ahram Online that she would launch three open-air theatres at the opera grounds. She believes they will provide opportunities for artists, whether indepentant or through ministerial payroll, whether live-streamed or open to audience events (the format would depend on the government’s directives).

“Though this is a lovely initiative and shows some kind of movement towards re-opening, unfortunately the three stages are far from covering the needs,” Hassan comments. 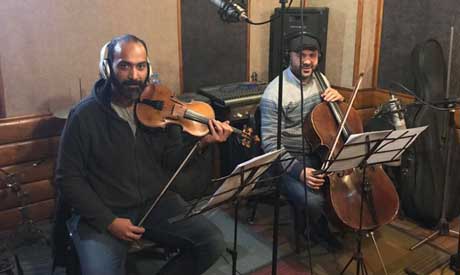 He then elaborates on Abutaleb’s thoughts on corporate social responsibility.

“Corporations often sponsor events in many venues, while the Cairo Opera’s regulations make it difficult for the artists to involve sponsors. The question is not only about the number of concerts and who will perform on three stages, but we also need to facilitate the procedures so sponsors can step in. A bigger cooperation between the Opera and corporations must kick off.”

Throughout the years, many cultural venues have benefited from corporate support. With all venues still shut down and no news about their reopening, this financial format is not possible, “not at the opera grounds at least,” Hassan underscores.

As minimal as it is, the three stages might include performances by the National Arab Music Ensemble where Hassan works, or host independent musicians such as Abutaleb. Definitely, they will not embrace Mohamed Farahat and the challenging sector he represents.

One of thousands of percussionists in what is known as the “Haram Street Forum”, Farahat works in clubs, touristic boats, weddings and other celebrations across Cairo, in addition to occasional travels. Today, Farahat’s life has stopped completely.

“Usually I have four to five gigs per night, on an almost daily basis, moving across venues together with a band. The total I generate per month is just enough to secure a simple yet decent living,” he says, adding that he has now found himself among thousands who cannot meet their monthly obligations.

“In my community, there are people who were kicked out of the places they rent; some changed professions: they now sell fish or have become Uber drivers. The stress we are in leads to numerous family quarrels and divorces,” Farahat reveals, adding that just like many of his colleagues, he is now considering selling his instruments for much needed cash. And once he does, his return to work would be more difficult.

“But who will buy them these days?” he wonders. To make the situation even worse, as we focus on the past three-and-a-half months amid COVID-19, many are not aware that for Egypt’s music field, the stagnation has been even longer.

“January and February are always the slowest months. The New Year, Christmas celebrations, parties are over, exams begin, then winter break. In those weeks, the music field functions at a much lower speed and picks up in March,” notes Ahmad Mohamed Sakran, known in the field as Siko.

Owner and manager of Vibe for Developing Arts, Egypt’s biggest music rehearsal studio, which is attended by the musicians from all walks of life, Siko says that many involved in the music scene tightened their belts two months prior to the coronavirus shutdown, awaiting the seasonal thaw that never came.

“Musicians are exhausted, financially and psychologically,” he echoes Abutaleb’s words.

Stricken by the months of immobility, Siko explains that “Vibe has five rehearsal rooms which usually operate for many hours daily. Since the beginning of March, our activities have stopped. My financial responsibilities include rent, electricity bills and people on the studio’s salaries,” he said.

Aware of the whole scene, Siko reiterates voices of the others while concluding: “not only are musicians suffering, but also technicians and sound and light engineers. Scores of people with their families are in a dire need for the cultural activities to resume. People are suffering, their lives are literally shattered.”

On Tuesday, Prime Minister Mostafa Madbouly said that Egypt will reopen restaurants, coffee shops and sporting clubs and will shorten a nighttime curfew imposed to limit the spread of the coronavirus to now begin at 12 am and run until 4 am starting Saturday. However, until now the Egyptian government is saying very little about the possible return of cultural life or the reopening of entertainment venues. Not much is being done in terms of support. Some lip service is paid to possible initiatives, but in practice the Music Syndicate mostly turns a deaf ear to the situation.

The possible limited opening of three stages at the Opera grounds, a few grants offered by cultural institutions here and there, and nominal basic salaries garnered by the lucky ones on ministerial payrolls are all needed, but they are drops in a large ocean of needs.