The event was initially scheduled for 1-7 April, and when cultural activities were shut down suddenly in March, SITFY founding president Mazen El-Gharabawy had already finalised preparations for the fifth round, including flight tickets and hotel bookings for performers, jury members, honorees and guests.

The press conference he gave on 16 March was intended to outline the details of the event beginning in two weeks. Instead it announced the festival would be postponed to a later date. 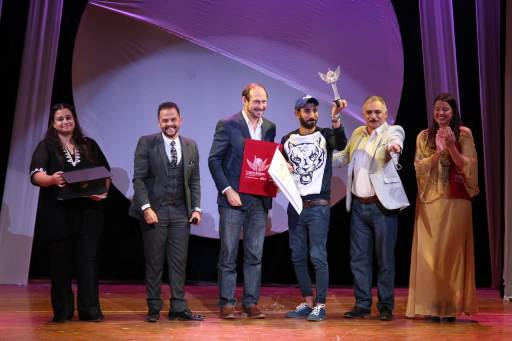 “It was definitely very bad timing, especially since we had been working on the fifth round since April 2019,” El-Gharabawy reveals, adding how he planned to make the present round a very special one. “For April 2020 we had planned 23 performances over seven days. I wanted the number five to become the identity of this round by, for example, having a five-member jury for each competitive section.”

Managerial developments decentralising operations were to take SITFY to another level. For the first time the event was to expand its activities past Sharm Al-Sheikh to other South Sinai cities such as Dahab and Al-Tor.

“The South Sinai governorate,” he explains, “includes nine cities, so why not stage the performances there too? It would be an amazing addition to the life of the locals.” This is especially germane in the light of the festival’s strategy to rely on local youth, involving them in various operational aspects of the event. 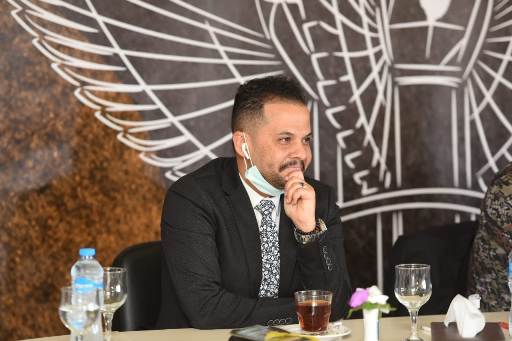 “The young people are very passionate and willing to help. The festival is an important change in their lives. You cannot imagine how supportive they are. They come to us with their strengths, their great minds and ideas, even their cars.” El-Gharabawy points out how over the years the festival has helped to change the cultural and social landscape in Sharm Al-Sheikh, a pattern he hopes to implement in other cities.

Covid-19 did not dampen El-Gharabawy’s spirits too much. He still hoped to hold the fifth round before the end of 2020 however many modifications that required. “It was important to run the SITFY before the year ends so as to maintain its positioning as an annual international festival. This belief was strongly supported by South Sinai Governor Khaled Fouda and Culture Minister Ines Abdel Dayem.”

In fact, during the opening ceremony at the Sharm El-Sheikh Cultural Palace, Fouda stressed how important the festival was, so much so that he could not imagine closing the year without SITFY’s fifth round taking place. 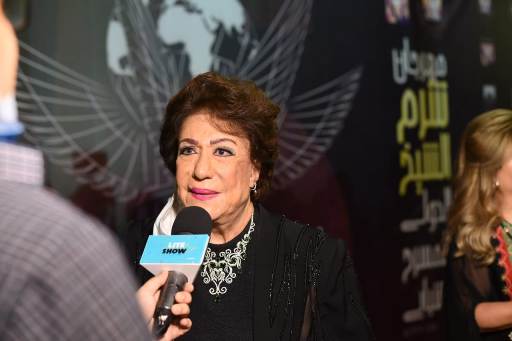 Still, launching the festival under the circumstances required determination and a readiness to face emergencies. The race to make it happen started following a meeting with Fouda in July, and it was a fight against incredible odds. “We started working on the November round fully aware that cancellations would happen,” El-Gharabawy recounts. Some countries closed their borders due to a spike in cases or the onset of a second wave only weeks, sometimes days prior to SITFY.

Others allowed movement on condition that travellers would go into quarantine on their return, presenting invitees with an unpleasant prospect. The Iraqi troupe that was to stage Hamlet 1983 was forced to apologise at the last minute.

The same happened with the Italian play Dream-Less-Land. But El-Gharabawy was well prepared. “I was ready for everything with plan B, plan C and a waiting list with people who promised they would come if the necessity arose. I must say that everyone proved extremely supportive. The challenges of the pandemic are enormous, yet many invitees did not mind overcoming them. I am very grateful to them.” 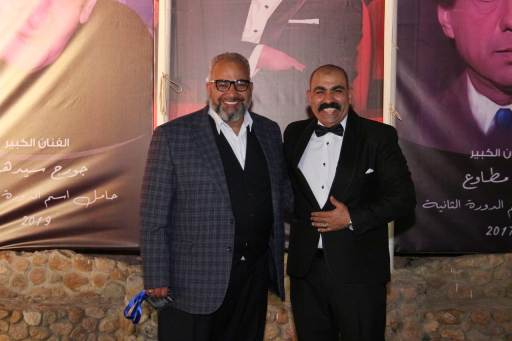 It all paid off. Present at the opening ceremony, together with El-Gharabawy and Fouda, were the renowned veteran actress Samiha Ayoub, SITFY’s honorary president, as well as the Head of the Academy of Theatrical Arts Ashraf Zaki (representing Ines Abdel Dayem).

Dedicated to the late actress Sanaa Gamil, the fifth round honoured Egyptian actors Hanan Mutawa, Bayoumi Fouad and Eslam Emam as well as Lebanese actor and director Qassem Istanbuli. With a total of 10 performances from  Egypt, Spain, Kosovo, Lebanon, Libya and Jordan staged in open-air venues as well as the Sharm El-Sheikh Cultural Palace and supplemented by daily panel discussions at the hotel, the festival managed to beat Covid-19.

The first prize in the Street and Non-Traditional Spaces competition went to Song on the Passage (Egypt), a performance by students from the Higher Institute of Theatrical Arts, Cairo, written by Ali Salem and directed by Badr El-Ahmady. Staged at the Sharm El-Sheikh’s central tourist market, the performance attracted a large number of vendors and passers-by including a group of children who when the play was over kept asking when they’d be able to see it again. 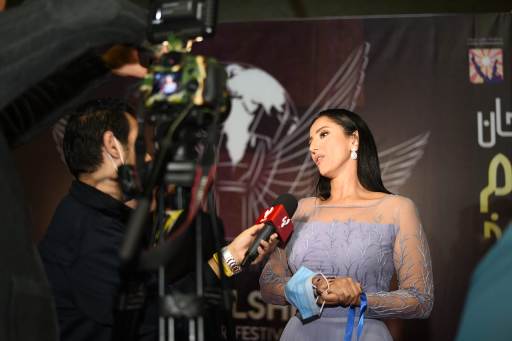 Focusing on Egyptian soldiers during war, the performance was well suited to the location with the audience surrounding the performers on three sides. The second prize in that category went to Hard Years (Libya) while the Jury Appreciation Award went to Sinai Folklore (Egypt).

In the Large Performances competition Glass Monsters by students of the Higher Institute for Theatrical Arts, Cairo, garnered three awards, following many other accolades and prizes at other festivals: the Mohamed Sobhi Award for Best Director (Youssef Al-Asadi), the Samy Abdel-Halim Award for Best Scenography and Amal Al-Dabbas Award for Best Actress (Sherihan El-Shazly and Reem El-Masry).

In the same competition, the Mostafa Shaaban Award for Best Actor went to Daniel Carrillo for My Father Is a Man (Spain) and the Jury award to Isis (Egypt), directed and choreographed by Karima Beder. 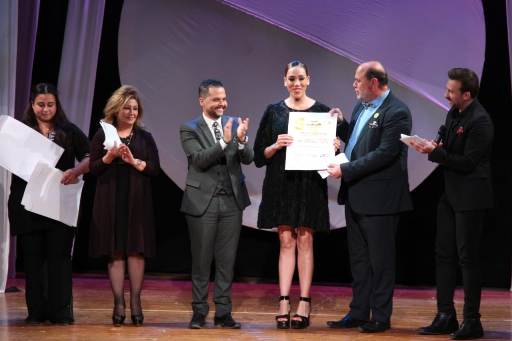 In the Monodrama competition, the first prize winner was Hamlet’s Dream (Kosovo), while the jury award for best actress went to Nadine Khaled for her role in Maria’s Portrait (Egypt).

Topics tackled on stage included folklore and storytelling in  Sinai Folklore and the Lebanese play Qoum Yaba (Rise Up Man), based on the memoirs of the Palestinian writer Salman Natour, as well as women and love in such shows as the Egyptian Forsan Al Sharq Heritage Company dance performance. Under the circumstances the festival can only be counted a huge success.

High-profile participation (from such countries as Oman, Saudi Arabia and Syria as well as Egypt) and the passion of South Sinai youth together with the the performances testified to an exceptional round even though with such a reduced programme the sense of competition was somewhat truncated. 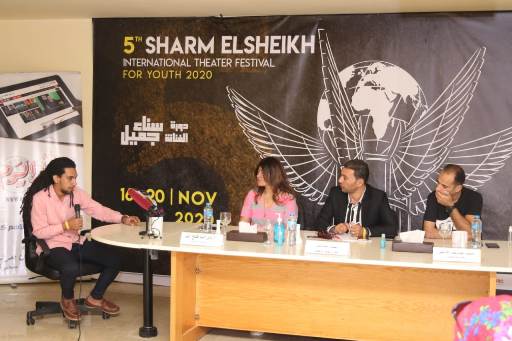 “It was due to the special circumstances that the festival streamed live online screenings for the first time in its history. I’d wanted to do that in previous rounds but now it finally became possible. Now we plan to live-stream events in an even more professional way in future years,” El Gharabawy reveals.

The red carpet, he adds, was also a first. “We’ve already announced that SITFY’s 2021 and 2022 rounds will take place in November [instead of April] allowing us to avoid the month of Ramadan as well as months that boast many other festivals. But the bigger plan is to move to other South Sinai cities. Who knows, maybe in years to come we will be able to generate the kind of dynamic that proved so successful in the south of France with the Avignon Theatre Festival.”

One can tell El-Gharabawy’s mind is set on being part of the bigger social, cultural and economic picture in the region.