After two months of suspension of all cultural activities, Erminia Kamel talks about the Egyptian ballet company’s situation, saddened by the cancelled performances but hopeful for the future

“We were in the middle of final rehearsals for Zorba ballet… The soloists were ready and corps de ballet almost ready. It was 9 March, I remember, as we were working on ‘affilage’ [fine tuning] in the Cairo Opera’s main rehearsal room, when we heard that all cultural activities were put on hold,” Erminia Kamel, artistic director of the Cairo Opera Ballet Company tells Ahram Online.

Kamel was referring to Prime Minister Mostafa Madbouly’s decision to put off large gatherings until further notice, a part of precautionary measures the government has adopted to stop the spread of the coronavirus. As follows, all artistic events were called off.

It has already been two months since Egypt’s only national ballet company froze its activities, joining scores of international troupes and artists which suspended work due to the shutdown of all cultural bodies.

The company had rich plans before the end of the season in summer.

A guaranteed audience magnet and the company’s masterpiece, throughout the years Zorba has become one of the most successful elements of the Egyptian troupe’s repertoire. Adapted from the novel Zorba the Greek written by ‎Nikos Kazantzakis, the ballet is staged to music by Mikis Theodorakis, while the company bases its performance on the choreography of Lorca Massine.

“All the dancers were very excited about staging Zorba again. This time, we were putting a new cast in the role of Zorba and other characters. In parallel, we were also working on El-Leila El-Kebira (The Grand Night), a ballet based on a famous operetta,” Kamel reveals, adding that the troupe was readying for its first big tour in Oman.

“We were supposed to stage a few evenings at the Cairo Opera House and then head to the Royal Opera House in Muscat. It was a big thing as we were not just participating in a larger event; we were the event itself. It was the first time for the company with over 50 dancers to be invited to stage evenings of Zorba and El-Leila El-Kebira in Oman, in a series of performances. We spent one year preparing for this tour.” 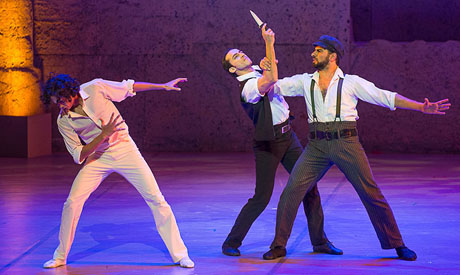 Cairo performances were cancelled and the Oman tour followed the same destiny. Disappointed dancers left the rehearsal room to which they have not returned to date. The June performance of Giselle in Cairo, yet another ballet loved by Egyptian audiences, had to be called off.

Time froze and today, two months into the general lockdown of all cultural activities, Kamel only hopes that the situation will not continue for much longer.

“The dancers are eager to get back to the stage and resume the artistic activities; they want to work, rehearse and perform,” she comments.

“Many dancers exercise at home by themselves; some of them follow classes online provided by institutions such as the Bolshoi Theatre, the Royal Ballet Company etc. The dancers can still do some training individually, but they do not have an ability to rehearse in duets or groups and this is a very important component of their work. Not only do classes keep the dancers in good shape, but also rehearsing and performing on the stage, in front of the audience, motivates them,” she explains, pointing to the latter factors as essential elements allowing the dancers to improve and shape their careers.

“Rehearsals and performances are imperative to the development of the soloists as well as the corps de ballet.”

Topped with Ramadan and fasting, keeping dancers in shape is difficult.

“Usually during Ramadan, we would work with the soloists before the Iftar and with the whole company after Iftar, but now, even that is not possible.” 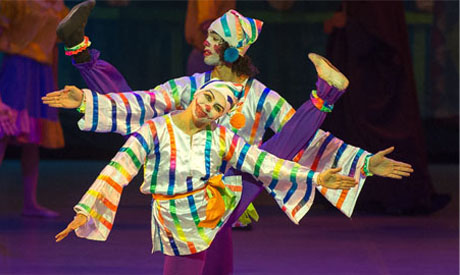 Kamel recalls the general suspension of activities that happened following the January Revolution, pointing out, however, that back then the company’s work stopped for three weeks before the rehearsals resumed.

“Now the whole situation is unknown. We do not know how long it will last. The information we receive changes every day, the numbers of cases infected with COVID-19 keep growing… Definitely we are a bit scared, as are all other companies around the world,” she explains.

“Thankfully, our dancers are protected by the Cairo Opera House, they receive their salaries. This is a great privilege in comparison to many artists around the world who find themselves in serious financial troubles these days,” Kamel says, adding, however, that artistically the situation created by the coronavirus and the lockdown is “a disaster.”

“I try to remain positive though as we will be back sooner or later, a thought we share with Magdy Saber, the chairman of the Cairo Opera House. Resuming work might be a challenge though. I am aware that it might not be a fully fledged opening, that it might be difficult to stage a full ballet, for instance,” Kamel said, explaining that any ballet performance requires at least 40 dancers, often large groups on the stage. For example, the Cleopatra ballet requires work by the complete company, over 60 dancers.

Opting for a large work might not be feasible, at least not at the beginning of a possible return.

“If, or rather when, we return, we can begin by staging something different. I am thinking about working on something new, based on a known piece of music. The choreography would have to rely on a small number of dancers on stage, and without requiring proximity between them.”

And while thinking aloud, Kamel keeps pondering about the safety of the artists, yet swiftly adds that “all this might not be really feasible on an artistic level. But we have to start thinking from now. I also find it hard to imagine the Cairo Opera’s hall not fully filled with the audience, something we are used to. We will see how everything develops and do our best to adapt.” 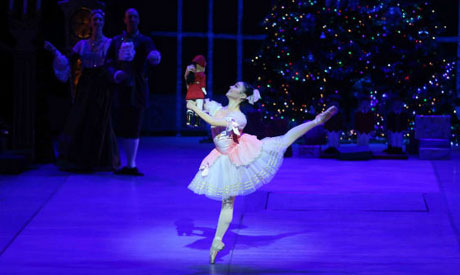 Kamel also had bigger plans for the upcoming season, the realisation of which strongly depends on the situation of the pandemic and measures implemented by the Ministry of Culture and the whole government.

“I’ve made some plans, but I have not even discussed them with Dr. Magdy Saber yet. Should the circumstances allow, I would love to restage Cleopatra ballet, giving it a bit of an artistic face-lift, possibly adjusting the work’s duration. It needs some minor touches,” Kamel said.

Set to music by Mohamed Saad Basha and choreography by José Perez, ballet Cleopatra premiered in 2019 at the Cairo Opera House.

“By the end of each year, around Christmas time, we always perform Pyotr Ilyich Tchaikovsky’s The Nutcracker, so this will stay in the next season’s repertoire. I also hope to work on The Fountain of Bakhchisarai, to be performed at the end of January and the beginning of February 2021,” Kamel tells, adding that the next season will also include ballet Don Quixote.

“Those are all preliminary plans. We were supposed to hold meetings with the opera’s chairman in March to finalise everything, but due to the unexpected circumstances in which we all found ourselves, everything has been put on hold,” Kamel concludes.