While continuing to perform with the well known band Massar Egbari, a new endeavour might take Massoud to many fascinating musical territories, with the first stop touching on Sufism

The result you will get is just the first step in a new project by Ayman Massoud, an Egyptian musician whose presence in the musical scene does not need much introduction.

Best-known for playing keyboards in Massar Egbari since 2005, Massoud’s musical cravings are much deeper than being among the founding members of one of Egypt’s most popular independent bands.

While his music explorations and experience touch on many bands (starting with Hob w Salam, 1998-2003) and creactive collaborations, his musical journey took off when as a young boy he started playing the guitar. He then moved on to the piano and keyboards, while also exploring bass guitar and rhythmic instruments such as tabla (darbouka).

Today, while remaining faithful to Massar Egbari, his new parallel musical endeavour where the main protagonist will be electronic music, is about to see the light in just a couple of weeks. 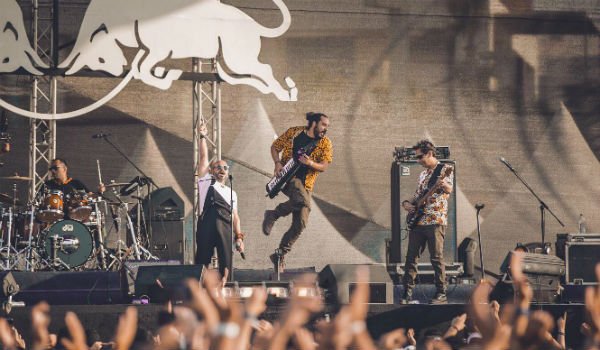 “In recent years, I began looking deeper into electronic music, attending festivals featuring this music and trying out my own steps in the genre,” Massoud explains to Ahram Online.

The new project will feature Massoud on keyboards with numerous musicians and possibly ensembles. The first stop on the list is his collaboration with Sufi chanter Abdel-Rahman Roshdi.

“The electronic music and advanced computer technology will create base and dialogue with Sufi line, possibly embellished with some guitar and oud,” Massoud reveals a few details about the project.

“I already worked with Roshdi on a theatre project, and this is what pushed me to thinking about exploring more the unique result we can draw from the combination of electronic with Sufi.”

As much as it may sound unusual to the regular listeners, Massoud himself underlines that he was surprised that their musical duo began giving birth to something unique and “intriguing,” as he puts it.

While Massoud works on composition and the two artists are finalising the repertoire components, we already know that a big part of the lyrics will be based on poems by the 13th century Persian Sufi poet Jalal Al-Din Al-Rumi. 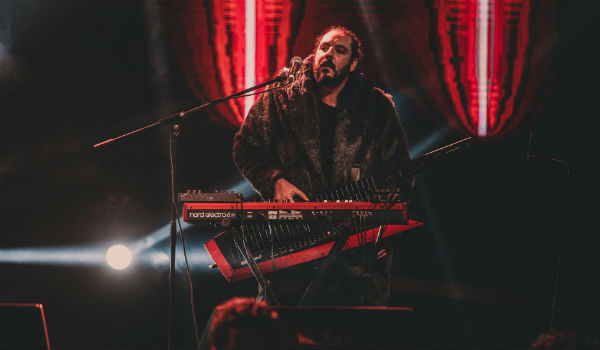 Filled with high technology and visuals, the project in its final form will last for around 15 minutes and will be recorded live as a video clip.

Yet, this is just the first step in much more ambitious plans.

“The base of the project is electronic music. The Sufi line is just the first one,” Massoud clarifies. “On the longer run, I am thinking of featuring different singers, representing different music genres. This will allow me to achieve a variety of colours which when combined with electronic base will hopefully give birth to many interesting outcomes.”

Passionate about the new project and in the last stages of its first showcase, Massoud is happy and anxious about his role as a composer, and music and video producer.

What makes the project even more interesting is its sheer portability. Supported by Massoud’s strong presence in the Egyptian and regional scene, the whole recipe has good chances to find its way to the Arab region and international scene.

While gearing for the first stop of the project, Massoud already lays plans for reaching out to musicians from other Arab countries, whose music will be interweaved with him on keyboards.

While Arabic pop is already known outside the oriental world’s borders and the one that is most appealing to the foreign ear usually interweaves Western harmonies with oriental rhythms, Massoud believes there is much more to offer and many more musical dialogues can be still created, “all of which shed light on the richness of the region, its talents and the many skills of musicians.”