They say that every cloud has a silver lining. In the time of the coronavirus and months of cultural shutdown, we are unable to attend many artistic performances, but the opportunities to watch the best concerts, operas and ballets online for free have never been so numerous. London’s Royal Opera House is one of the most renowned cultural institutions that stepped into the game with time-limited releases on YouTube of their best works.

Part of the “Our House to Your House” initiative, the Royal Opera has already brought many brilliant works to audiences at home. One such example was Anastasia, a ballet in three acts created by Kenneth MacMillan, and made available for viewing between 15 and 30 May on Royal Opera’s YouTube channel.

The title of the ballet refers to the Grand Duchess Anastasia Nikolaevna of Russia, the youngest of four daughters of Nicolas II Romanov, the last tsar of Russia. Curiously, there has never been anything special about her and historically Anastasia did not have any importance.

The poor girl died at the age of 17 in a horrific execution of the Romanov family by the Bolsheviks in 1918. The event claimed the lives of the tsar, the tsarina, their four daughters (Olga, Tatiana, Maria, Anastasia) and the youngest boy, Alexei, a haemophiliac heir to the throne. Hence the Romanov dynasty ended making way for the far-left Marxists and Vladimir Lenin to take over the reign of Russia. 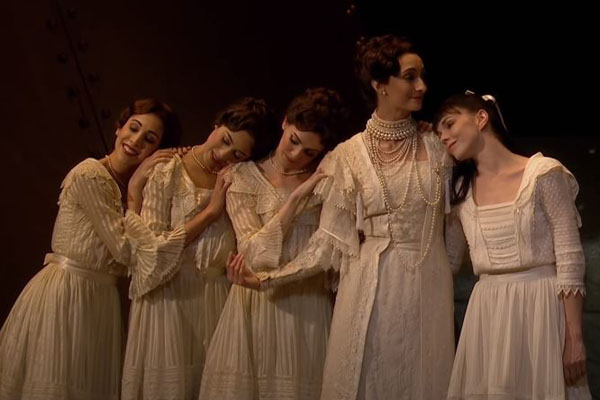 Anastasia had no historical role in all those events and a completely different aspect of her story has become compelling to playwrights, filmmakers and choreographers. The secret lies in Anna Anderson, a woman who in the early 1920s claimed to be Nicolas’ youngest daughter who miraculously survived the assassination and remained in hiding at the peasants’ home. It took a few years for the history to completely dismiss Anderson’s claims showing that she was a mentally ill impersonator of the duchess.

It is Anna (impersonating Anastasia) that is at the centre of a ballet created by Kenneth MacMillan for Deutsche Oper Ballet in 1967 and taking the duchess’ name for title.

Originally the work was a one-act ballet, presenting the protagonist locked in the mental asylum, tortured by her memories and visions. In 1971, MacMillan expanded the ballet adding two more acts, turning Anastasia to a full-length work with the 1967 act being its third and final act. The ballet is set to music by P.I. Tchaikovsky’s First and Third Symphonies for Acts I and II; while Act III replies on Bohuslav Martinu’s Sixth (Fantasies Symphoniques) topped with electronic music by Fritz Winckel and Rüdiger Rüfer.

The version we were able to watch was staged in 2016 by the Royal Ballet and featuring famed Russian ballerina (and now principal dancer at the Royal Opera) Natalia Osipova in the title role.

The Royal Opera’s Anastasia is an undeniable treat for all ballet lovers with Osipova’s captivating performance being one of its greatest assets. In the first two acts, she projects a breathtaking lyricism of the classical ballet, a segment which aimed to give a historical background of Romanov’s life stressing on the years when five children enjoyed the milk and honey presented to them in the royal surrounding. 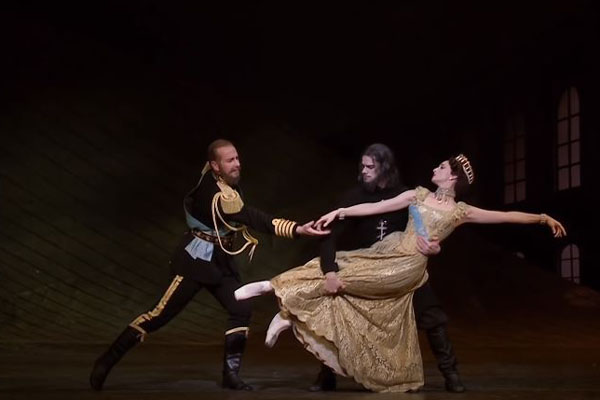 The first act takes place on the imperial yacht, and the second in the imperial palace, with both characterised by an abundance of balls, games, love and happiness.

Throughout the ongoing idyll, we find minor hints on Tsar Nicolas’s military duties and a placid presence of Rasputin, a self-proclaimed holy man and an impostor who had a great influence on the Romanov family, especially the tsarina.

The work is filled with well-designed group scenes, touching pas de deux and pas de trois. One captivating scene, yet coming towards the end of Act II, is the pas de deux between Nicolas and the tsarina, swiftly turning to pas de trois when Rasputin (Thiago Soares) joins.

It is in the last minutes of Act II that the viewer is presented with the revolution in the making, an event which comes almost unexpectedly.

The third act creates a great contrast to the previous two, presenting Anna the pretender in the asylum. Set to the sharper music by Martinu and incorporating elements from the neo-classical ballet for which MacMillan was well known, we see another and much fiercer side of Osipova.

In this shift of character, she now personalises a young woman in agony, whether it’s caused by her madness or events she believes to have taken place in her life. Once again, Osipova proves that with her mesmerising technique, a sensitivity that she uses to communicate with the viewers, and the ability to portray two contrasting personalities, she is definitely the star of the evening.

The contrast is underlined by all artistic pillars – music, choreography, scenography and costumes – with each changing drastically as we move from the warmth of the joyful Romanovs to the cruel asylum imprisoning Anastasia’s memories. 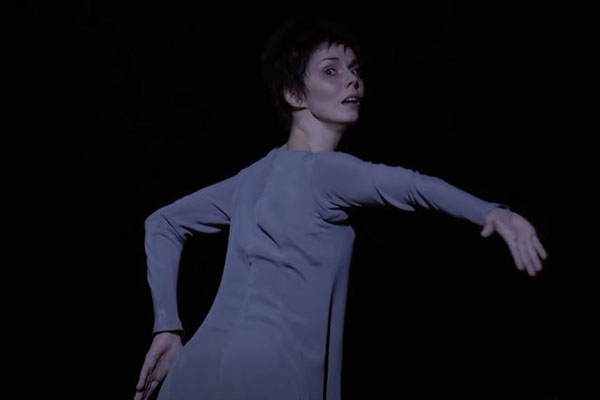 From classical ballet to neo-classical boldness, from the palace’s affluence to the bare walls of asylum, from richness of Russian costumes to Anna’s grey gown, from Tchaikovsky’s grandeur and captivating melodies to Martinu’s intense perplexity topped with electronic chill – this game of black and white imposes a huge contextual responsibility. The procedure requires strong links between both, and reasons for them to be put side by side, each image responding to another, each scene building up on the previous one.

Unfortunately, with a weak development of the characters and lack of clear action progression in Act I and II, the Pandora box opened leaving us with two separate tales: the blissful and almost boring life of Romanovs in first two acts and a mentally disturbed Anna in Act III.

Undeniably, Act III is a well-structured stand-alone strong story. In the Royal Opera’s staging, the past of Anastasia returns through the screenings of archival historical material giving a needed background to the story.

The memories torture Anna, with many characters from the past entering the stage: the family, Rasputin (who died prior to Romanov’s execution), the peasants and the nuns of the asylum. It is also an interesting intersection of multiple realities with Anna/Anastasia’s mind bringing different points of her life into the imagined present.

There is no longer a temporal continuum, as in this broken time we meet characters emerging from different points of Anna’s hallucinations. When supported by occasional screenings of archival material, the Russian history makes perfect sense. 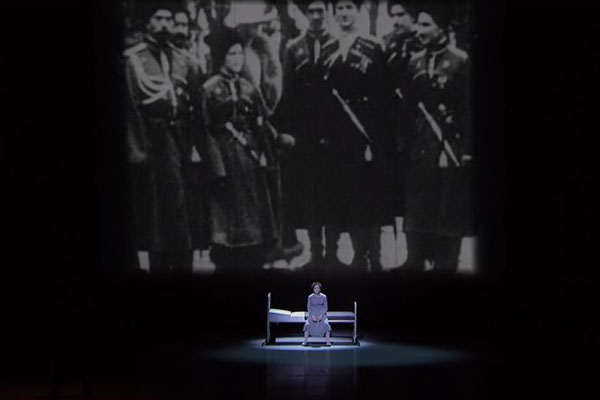 With this creative perfection of Act III, we can see that acts I and II do not add much to the story, failing to deepen any of the characters: neither tsar, tsarina, and their five children nor Rasputin who played a very important historical role in Romanov’s dynasty, are carved sufficiently.

With the lack of the plot buildup and no characters’ development, for one whole hour the choreography keeps searching for an anchor that would allow it to make meaningful creative definitions. In vain.

Instead of serving the story, the first two acts raise more questions than they provide answers to the necessity of their inclusion. Isn’t MacMillan’s 1967 version capitalising on one-act be a more compelling work? I tend to believe so.

Is the 1971 Anastasia a story of Anna hampered by too long an introduction? Or is it a story of Romanovs with a twist provided by the final act when Anna is introduced?

However, if we only stop searching for answers and decide to erase our thirst for the thematic growth, we notice that the main artistic pillars – music, scenography, costumes and choreography – speak with one creative language. At this moment we cannot deny that the Royal Opera House’s Anastasia does have its own charm.

With some open heart and an ability to see the perfection in the execution of the work, Anastasia by the Royal Opera is a ballet to remember. Coming at the time when we hardly have any chance for cultural enrichment or social interaction, the ballet is a perfect solution to breaking the dullness of the days. It definitely triggers numerous interesting reflections.