A showcase of the performers’ abilities and directed by Darius Marder, film Sound of Metal looks into the tragedy of deafness that strikes a musician

Note:
Below article was originally published in February 2021.
Most recently, Sound of Metal won two Academy Awards, for Best Sound and Best Achievement in Film Editing.
It was also nominated for the Oscar for Best Motion Picture of the Year, Best Performance by an Actor in a Leading Role (Riz Ahmed), Best Performance by an Actor in a Supporting Role (Paul Raci), and Best Original Screenplay.

The newly released drama Sound of Metal opens with a shirtless, bleach blond haired Ruben Stone (Riz Ahmed) accompanying frontwoman Lou (Olivia Cooke) on the drums during a punk-metal concert at some unspecified location in the USA. A couple, Lou and Ruben are preparing for a journey when the latter begins to experience sounds differently; the viewer is shown what this feels like from Ruben’s point of view. The drummer has lost most of his hearing. Throughout the film while one expensive and unreliable solution presents itself Ruben will try, tenaciously and in every possible way, to regain his hearing.

Thus a brutal introduction lays the groundwork for a complex situation in the world of music, stage and musicians. But Sound of Metal is not so much about music but rather about sound, the tragedy of deafness that strikes a musician. This is not a case study presenting a generic or generalized picture of an issue. The director and screenwriter Darius Marder creates a deeply personalized story by capitalising on small moments in which, the way drops of water persistently falling on a solid rock will eventually shatter it, deafness shatters Ruben’s personality.

The title refers to both the genre Ruben plays and the distortions that mark the process of partial regaining of hearing. From one kind of metal to another, we follow the protagonist’s emotional distortion and his journey through sensory experiences. 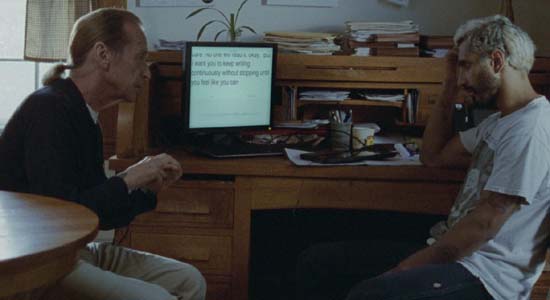 The film showcases the performers’ abilities. Riz Ahmed, a British actor and musician with Pakistani origins proves incandescent as Ruben, a former drug addict bravely dealing with his life changing following his loss of hearing. A subdued, discreet character, he does not allow his pain to show.

Riz Ahmed (also known as Riz MC) is not only an actor who has been in limelight for the past few years but also a former member of Swet Shop Boys, the rap duo he formed with American hip hop/rap musician Heems. The band released a successful Cashmere album together with British multi-instrumentalist Redinho in 2016, followed by EPs. Ahmed has also released two solo albums, Microscope (2011) and The Long Goodbye (2020), as well several singles.

In the 2020 UK drama Mogul Mowgli, about a “British Pakistani rapper who is on the cusp of his first world tour, but is struck down by an illness that threatens to derail his big break,” as IMDb describes the film, Ahmed delivered “a blistering performance as Zed,” as Wendy Ide, the Guardian’s film critic puts it, earning himself a British Independent Film Award for both his role and the screenplay he co-wrote with the director Bassam Tariq.

Here as in Sound of Metal, music and acting join seamlessly. Ahmed embodies the musician afflicted with a major life distortion. His worried, helpless eyes await the verdict of Dr Paysinger (Tom Kemp), who breaks the terrible news to him. His facial expressions shift between terror and denial as he listens to or rather follows the words of Joe (Paul Raci), a rehab leader, who explains to him, “It is important, if you want to be here, we are looking for a solution to this [points to head], not this [points to ears].” His sense of ego slowly crumbles as he is forced to accept the fact that everybody “here shares in the belief that being deaf is not a handicap. Not something to fix,” but rather something to learn to live with. 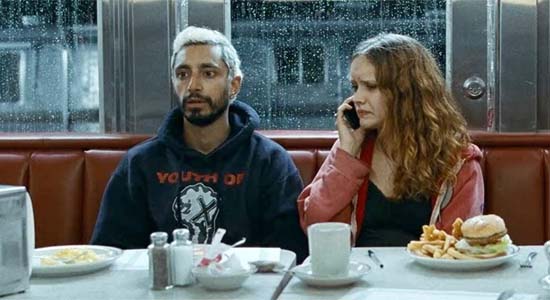 The film does not include any exaggerated rhetoric; it is a journey through the mind of a man whose world changes drastically, leading not so much to change but to acceptance. Sifting through noises, Ahmed perfectly captures the unbearable disorientation that comes with his new condition. He is sharp, on point, believable in each and every emotion, be it anger, indignation, fear, anxiety, helplessness, vulnerability or isolation, all enveloped in resilience and perseverance.

Without abusing the viewer’s empathy, here is the tragedy of a man fighting with an invisible monster. At first Ruben’s struggle is chaotic, motored by panic and fear. But, slowly processing the facts, he is forced to surrender and shift his strength to searching for a potential solution. This personality transition is among the strongest components of Darius Marder’s script, his directing of the plot and of the sensory world, and Riz Ahmed’s embodiment of Ruben.

In this poetics of silence, the absence of sound is often more distressing than any noise pollution, including the metal music at its loudest. With the story running smoothly, such great use of sound effects is essential in creating an impactful work. The sound team creates a very strong signature starting with the opening scenes where the viewers are presented with two auditory points of view, one that belongs to people who can hear and one taking place inside the protagonist’s head.  Following the alternating sequence of shots, we become the protagonist; it is sound and silence that allow us to understand Ruben.

Music is part of Ahmed’s creative life, but the director is no stranger to the condition of deafness. Having written Sound of Metal together with his brother Abraham Marder who also co-wrote the sound track, the film is Darius’s feature debut. The brothers, who spent ten years working on it, dedicate it to their grandmother who became deaf late in life and spent years petitioning movie studios to caption the films so people with her condition could still enjoy them. 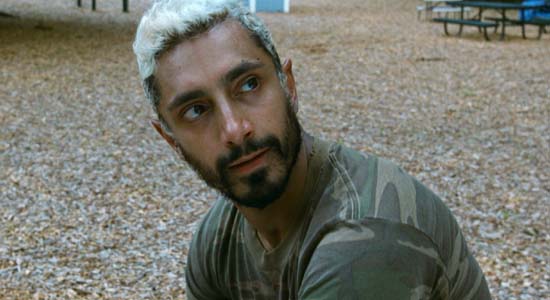 On the other hand, the veteran stage and film actor Paul Raci is the hearing son of deaf parents, a fact which allowed him to infuse a lot of authenticity into the role of Joe, the rehab leader and a Vietnam veteran who became deaf after a bomb explosion. Joe’s interactions and conversations with Ruben, the former’s natural ability to use American Sign Language, the dynamics that both create – an older man helping a younger one through many realisations – are among the most memorable dialogues in the film.

The relation that Darius, Ahmed and Raci have to their respective roles in the production clearly played a crucial role in the success of the story and the depiction of its details. No wonder Sound of Metal has already garnered almost 160 nominations and brought over 80 international awards to Ahmed as lead actor, Olivia Cooke and Paul Raci (supporting roles) and Marder (screenplay and/or directing) as well as awards for its immersive sound design.